Toki Time is a Starburst inspired Thunderkick slot game with an above-average RTP of 97.10%. Check out this acid trip of an online slot with our Toki Time review. 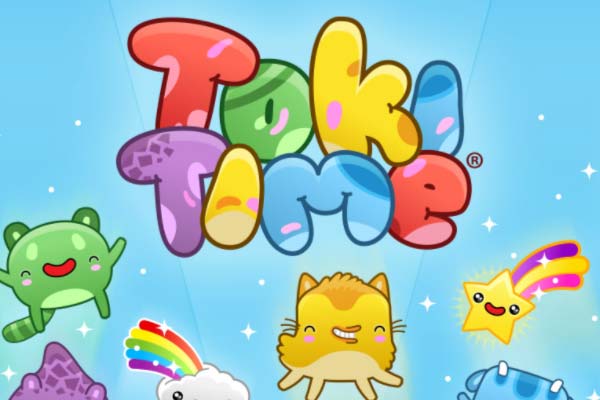 Thunderkick has a knack for developing visually impressive games (Esqueleto Explosivo comes to mind), and 2016’s Toki Time is another fine example, although this is, of course, a matter of taste. For some, this title will be downright kitsch. However, there is more to Toki Time than cute and cuddly graphics. It features one of the better RTP rates you can find online, pegged at 97.10%.

Not many Thunderkick games are known for inundating players with extras, but the special features you can get to grips with in this game will suffice. Let us take a closer look and find out where the Thunderkick slots can be played for real money.

What to Expect with Toki Time

Right from the get-go, you are looking at a bizarre, 5-reel, 11-payline game, a hallmark of Thunderkick slots, for the most part, we would say. While eleven lines do not sound overly adventurous, it does feature a Two Way Wins engine (also called Each Way Pay or Pays Both Ways), much like Starburst by NetEnt (RTP of 96.10%) and other seemingly simplistic slots. 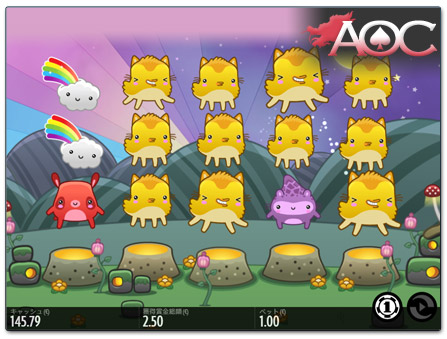 Having a pop at Toki Time is not going to prove ruinous, either. Minimum stakes cost $0.10 a turn, rising to no more than $50.00 a spin at their costliest (or your currency equivalent, of course). Given that there is an RTP of 97.10% and a non-progressive prize worth 52,800x a bet to boot, we are more than content with what is on offer here.

Do you want more of that house edge? Surprisingly, Thunderkick offers several real money online slots with an above-average return-to-player rate (the average is 96%). Of course, it doesn’t beat table games. For slots, however, an RTP of 98.50%, as in the Thunderkick game 1429 Uncharted Seas, speaks volumes. More slots with a high RTP.

Win in Both Directions with Expanding Wilds Re-Spins to Boot

Like many Thunderkick releases, Toki Time has not brought an arsenal of toys for you to play with in this slot and no traditional free spins round either. However, there are tools there to make this game friendlier than it initially seems. You will still need to make the most out of your eleven paylines, the Two Way Wins mechanic, expanding wild re-spins and a top RTP rate of 97.10%, going some way to help you do that. 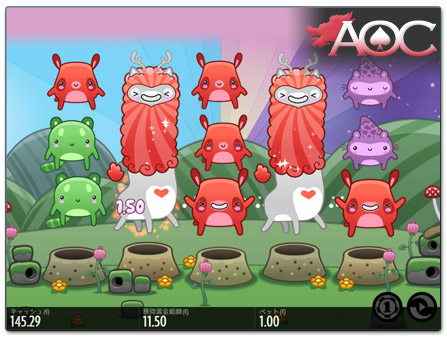 The volatility level is predictably low, much like many Thunderkick games. What this does is ensure that wins come thick and fast, even if they tend not to be life-changing sums of cash.

Toki Time is a quintessential Thunderkick slot. It is light in terms of features, but those extras it has worked into its design are all shaped to promote frequent wins. Low to medium volatility and a top RTP make the game suitable for first-timers, and few will grumble at the chance to enjoy re-spins when winning with wilds. Besides, the Thunderkick title is a great alternative to the legendary Starburst slot.

In the below online casinos you can play the games by Thunderkick.

As touched on, Toki Time comes with two primary add-ons, both of which play no small role in helping you land wins. There is the Two Way Wins feature and an expanding wild re-spin round. Let us look at each a little closer:

Do not underestimate how beneficial having this feature is. Toki Time’s Two Way Wins payline system effectively doubles your chances of winning over eleven lines, with winning combos forming from the right to left, as well as the customary left to right patterns over the five reels. If you have played NetEnt’s Starburst, which this Thunderkick game is undoubtedly based on, you will know what to expect here.

Wild symbols tend to cover entire reels in Toki Time. To counteract that, they only appear on the second and fourth reels (all three middle reels in the NetEnt counterpart). Do not be disheartened by that, though, as they trigger a re-spin round if they feature in a win.

The wild will remain in place (and you will get the potential to trigger the other wild reel) as long as wins continue to occur. There is no cap on the number of re-spins available. Once you lose, the feature ends, and the base game resumes.

A Thunderkick Slot with An Exceptional RTP Rate

Ordinarily, we would be touting the expanding wild re-spins and Pay Both Ways system as the highlights of this slot. Instead, it is the RTP rate that is most impressive, and it is something that can easily fly under the radar, with many slot players unaware of it. At 97.10%, Toki Time’s RTP ensures that you are in with a shout of landing fair prizes, and because the game is medium to low variance, this happens more than often enough.

If you still have questions, we are here to help with our Toki Time FAQ guide.

How do I deposit at my Thunderkick casino?

Once logged into your casino account, access the banking page and make a deposit using your preferred payment method. The availability of deposit (and withdrawal) methods depends mainly on where you live, as most internet casinos offer a fairly similar range of payment options. These include card payments, electronic wallets such as Neosurf and ecoPayz, and even cryptocurrencies such as Bitcoin. Therefore, it is also possible to place bets with Bitcoin when you play at gambling sites like BitStarz.

Depositing to your casino account is simple and quick. Once you have selected your payment method, simply enter the deposit amount and your details to complete the process. You should not expect any additional fees and transactions are processed immediately.

Can I claim a Toki Time slot bonus?

Thunderkick games may (or may not) spring up in online casino bonuses. However, this is usually reserved for Play'n GO (such as Moon Princess, Book of Dead) or NetEnt titles. Apart from that, the so-called game eligibility rules usually do not exclude Toki Time once you claim a welcome offer. In other words, you can wager the bonus on the Toki Time slot.

In turn, other games with a high RTP such as Blood Suckers (NetEnt) or the aforementioned 1429 Uncharted Seas are very likely to be excluded from the bonus conditions. Therefore, always check the game eligibility rules surrounding each offer before claiming them.

Which games are similar to Toki Time?

As mentioned earlier, Toki Time is almost identical to NetEnt's flagship title, Starburst. Play'n GO, on the other hand, has its own version with Crystal Sun, albeit a much more volatile slot. Another interesting option is Atlantean Treasures, published by Neon Valley (on behalf of Microgaming, so to speak). In addition, Atlantean Treasures is part of the Mega Moolah jackpots network, which includes a number of popular progressive titles.