Starburst is one of the most surprising and famous slot machines of all time. Developed by NetEnt, it is also a big hit with fans of slot bonuses. 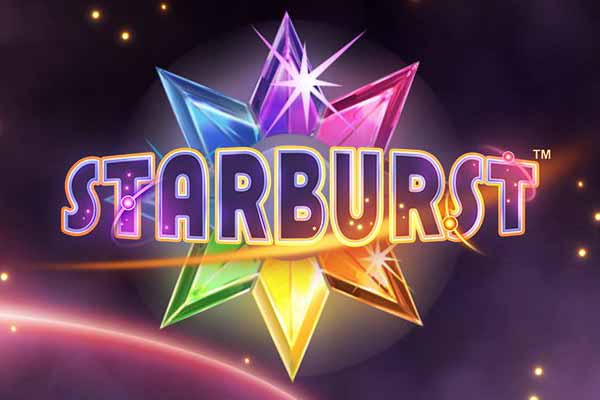 If you have been playing in an Asian online casino for any length of time, the chances are relatively good that you will have come across NetEnt slots before, perhaps even Starburst itself. The popularity of this game is not to be underestimated. Found across the net (and often included in bonuses), this simple intergalactic-themed slot is colourful, it is creative, and it can deliver wins with low-variance gameplay and cheap stakes.

Online slot machines don’t come much more straightforward than Starburst by NetEnt. This game burst onto the scene in 2012 and has been something of a mainstay at casino sites ever since. The theme may be a little drab, but it is the gameplay which impresses players the most. If you’ve never tried your hand at slots when playing at Asian online casinos before, or are operating on a tighter budget than most, Starburst is ideal. 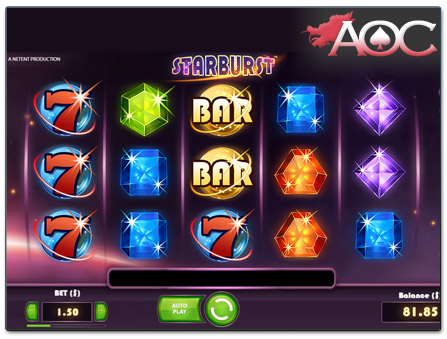 Hint: There is also a follow-up Starburst edition called XXXtreme that is well worth taking a punt at. Impressive multipliers of up to 150x and a maximum win of 200,000x your bet speak volumes. Another Starburst alternative, this time from Thunderkick, is the bizarre Toki Time.

Starburst is played over 5 reels and 10 fixed paylines. Bets cost as little as 0.01 per line or rather 0.10 per spin. The costliest stake in this game will set high roller players back by 100.00 a turn. For that, players will get the chance to spin the reels of this game and land winning combinations which run from the rightmost to leftmost reels, as well as the customary left to right patterns (this feature being called Each Way Pay – more casino and slot related terminology).

Prizes in Starburst are petite, but that is because this is a low volatility/low-risk slot with an RTP rate of 96.10% (more details on slot volatility). Up to 50,000 coins can be won should bar symbols cover an entire reel, a prospect made easier since symbols appear stacked in Starburst. However, even five such symbols on a line deliver wins worth 250x your stake.

Wild Wins and Plenty of Them

The most helpful symbols in the game (if you want to win big) are the wilds. They show up as the Starburst symbol, a multi-coloured shard icon, reminiscent of a star. These symbols may not cough up prizes on their own, but they are just as rewarding. It can pop up on the second, third and fourth reels of the slot. 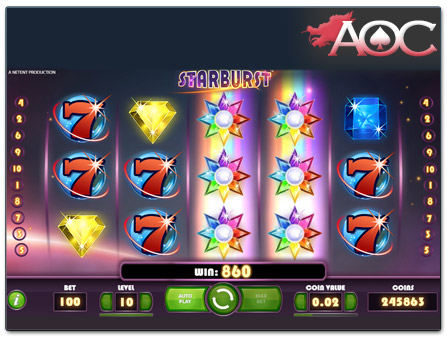 Whenever a wild symbol appears, it will expand to cover an entire reel (a so-called expanding wild). A re-spin is then offered to players. Should players land a second wild, another re-spin occurs with both expanding wilds in place. Bag another wild, and you’ll get to enjoy a re-spin with the three middle reels entirely wild. This will certainly help if you’re aiming to fill the reels with bar symbols!

Starburst is tailor-made for those Asian players operating on a budget. However, there is action to be had for players with larger wallets, too, if they fancy playing low-risk games. Starburst is an uncomplicated release, and as we’ll explain in just a moment, it frequently appears in bonuses at Asian casinos.

Starburst Can Be Played with a Tiny Deposit

While Starburst can often be played for free and is cheap to play for everyone, making a deposit certainly won’t hurt. A tiny deposit at your favourite Asian online casino with ecoPayz, iWallet or conventional options such as VISA and MasterCard will take you a very long way in this game.

Depositing as little as $10 to $20 using those methods (or any others) will often provide you with enough credit to play for ages, especially with wagers being so cheap on this release.

One of The Internet’s Most Popular Slot for Bonuses

Starburst features in more promotions and bonuses at Asian casino sites than arguably any other slot. Many NetEnt powered casinos (see list below) offer free spins on Starburst, oftentimes as part of the welcome bonus and/or follow-up promotions. Bagging 10 or more spins on this game can often see you win real money.

Such promos also make for an ideal introduction or test-drive of the game. Given how cheap it is to play, claiming a significant match deposit welcome bonus might seem like overkill, but a particularly large one will keep you stocked with credits to play this game for hours on end.

In the below online casinos you can play the games by NetEnt.