Unlike conventional Megaways games, White Rabbit allows you to play with up to 248,832 ways to win (during free spins that is). 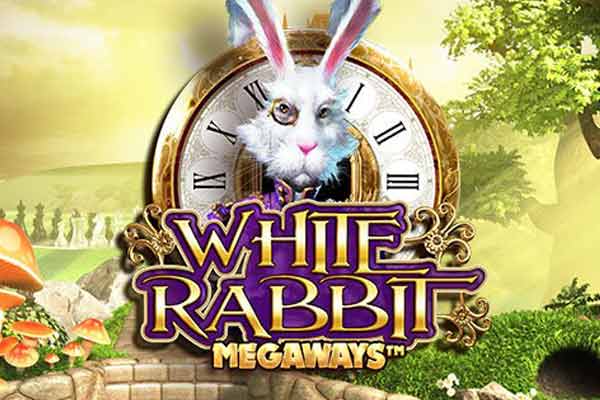 Megaways games are always going to give you plenty of paylines (or rather “ways”) to win. However, where most (not all) have a cap of 117,649 ways to win, Big Time Gaming’s White Rabbit goes above and beyond, with up to 248,832 ways to win (at least during the free spins round).

This Alice in Wonderland-inspired slot also carries an RTP rate that fluctuates from 97.24% up to 97.77%. Of course, with highly volatile games such as this, there are massive cash prizes on offer. The question is, are you ever going to get close to landing them? Find out in our White Rabbit slot review.

A Megaways Slot That Has Been Supersized

White Rabbit is, in many ways, typical of one of the earlier Megaways games from Big Time Gaming. With this game, they expanded the number of potential lines dramatically to over double what a typical Megaways game offers. 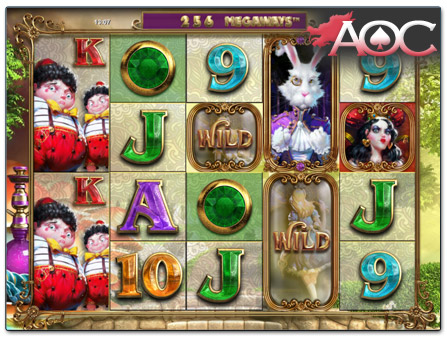 Each spin in this game may see you play with up to 16,807 of them, but the actual number you will get will be randomised on each spin.

In exchange for this good fortune, the five-reel slot (most Megaways games have six reels) requests minimum stakes of $0.20. You can up the ante with White Rabbit bets capped at $30.00 if you want, but whatever you do, we do not suggest purchasing the bonus round. Doing so will cost you 100x your stake. That is a hefty price to pay for a handful of free spins, even if there are big prizes up for grabs and a generous RTP is in play.

Buying the bonus round outright tends to see you play with the increased RTP rate while triggering it outright offers the lower RTP.

Where White Rabbit May End Up Cooked

The thing about highly volatile slots (as most Megaways games are) is that while you can win an astronomical prize, it is mightily challenging to bag wins.

Wins are often sizable but come along so infrequently, despite the surplus of potential ways to win. This is in contrast with low variance games that pay regularly but with smaller sums. White Rabbit finds itself at the upper end of the volatility scale, so even triggering the free spin bonus round is likely to be something that is going to take patience – a lot of it! 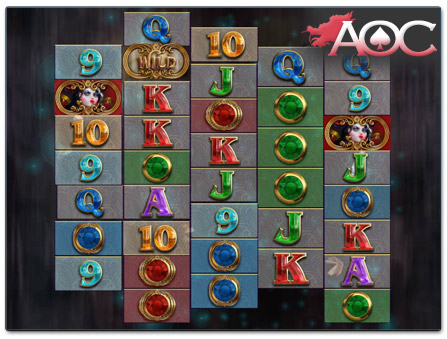 Big Time Gaming is the developer behind the White Rabbit slot but also the originators of the Megaways format. This gaming engine has since been licensed to virtually every major provider and has become a craze, not just in the Asian online casino world but globally.

The Megaways engine usually ensures that as many as 117,649 lines can appear across a game’s six reels at random on each spin. There are exceptions, of course, such as White Rabbit, which has five reels and double the number of potential ways to win.

Many Megaways games also have a collapsing or cascading reels mechanic with increasing multipliers thrown in during the free spin round – more slot jargon. These, too, are absent from White Rabbit, no doubt because the game can theoretically feature double the lines and has a better RTP rate than its Megaways counterparts.

Hint: If you like this type of slot machine then check out the classics Bonanza and Extra Chilli, both also by BTG and more “forgiving” than White Rabbit. In addition, you should not miss the Megaways slots by Red Tiger and NetEnt.

Virtually all Megaways games are played out with high volatility gameplay. However, that’s not what hurts White Rabbit. You are always going to get lengthy delays between wins. Where this slot falls down the rabbit hole is in the rarity of triggering the primary bonus round.

We will still recommend having a crack at White Rabbit (solely for its RTP rate, which is amongst the best around), but you will need to be patient and well-financed to sustain periods without winning. See more online slots with a high RTP here.

In the below online casinos you can play the games by Big Time Gaming.

They will not come around regularly, but here are the special features that you might expect to see in BTG’s White Rabbit slot:

Arguably not a special feature, but this mechanic does allow you to play with anything from 16,807 up to 248,832 lines at random per spin. Moreover, while you begin with seven rows of symbols, you can increase the number of rows (up to twelve in all) by seeing cupcakes drop on the reels durin free spins.

Two wild symbols appear here. The first (Alice) is a basic substitute symbol that can appear on the reels two to five. It can substitute for all regular paying symbols. The second is a bonus wild, and it can randomly appear and trigger the Caterpillar Wild feature.

Occurring randomly (in the base game), this can see up to four caterpillar wilds added to the reels. You could bag 2x or 3x multipliers on your wins if these wilds play a part in winning combos.

Keep your eyes peeled for the titular White Rabbit. This scatter appearing on the second, third and fourth reels will trigger a free spin bonus. You will get a total of 15 spins. Cupcakes can again increase the number of rows. Moreover, if you hit all twelve rows, you will get between 3 and 12 added spins to play with.

On top of that, hitting that twelfth row will see a Queen’s Reel come into play. That can deliver additional wilds and Red Queen symbols, with the latter the best paying symbols in the White Rabbit slot.

You could choose to buy the bonus outright, but as mentioned, at 100x a bet, it is simply too costly. There is the potential to get this cost dropped a touch, though. As you spin the reels, you can collect Feature Drop symbols. These can lower the cost of purchasing the bonus by 0.2 up to 2x every time a Feature Drop icon lands. Even then, though, it may prove too costly for some who wish to conserve their balance for those lengthy periods in-between big wins.

Prepare for a Long-Drawn-Out Battle, But with a Satisfying End

Any player hoping to tackle White Rabbit can expect to be there a while unless they are extremely lucky. If you do not want to fork out the moolah for triggering the bonus automatically (and we recommend you conserve your balance here), you are going to have to be patient.

However, with an RTP of over 97%, and exceedingly generous prizes, there could very well be a satisfying end to the tale in this Alice in Wonderland spin-off, if only you last long enough to get there.

How do I deposit at my BTG online casino?

Depositing at an online casino is straightforward. Sign into your account and head to the deposit/withdrawal page. Select "deposit" and then your preferred payment method.

Some Asian casinos stick to the conventional debit card, e-wallet, and prepaid options, while others (such as BitStarz and Bitcasino) offer at least the cryptocurrencies Ethereum, Cardano and Bitcoin, among others. Ultimately, your choice of deposit methods will vary depending on where you live in Asia or Oceania.

Enter the relevant details linked to your wallet, card or account and the amount you wish to deposit. Then confirm to receive your deposit instantly and usually free of charge.

Can I claim a White Rabbit slot bonus?

Megaways games do not often appear in welcome bonuses at online casinos. However, we would never say never; we have seen it done. Considering the difficulty in landing consistent wins and triggering the bonus in this game, we would bite the hand of any Asian casino that is offering a bonus on the White Rabbit slot.

However, it is very possible that this BTG slot machine may be marked as exempt in the bonus terms and conditions of many online casinos. Why? Well, games with a high RTP rate, and therefore a lower house edge, are often exempted for this reason. Alternatively, the bets placed on such games may only contribute with a lower percentage towards the wagering requirements.

This usually also applies to other popular slots with a high RTP rate such as Blood Suckers (NetEnt) and 1429 Uncharted Seas (Thunderkick). Hence, it is always best to check the game eligibility list in advance before claiming and wagering any casino bonus. Learn more about the individual welcome offers.

Who should play this BTG slot?

White Rabbit is ideal for players with a sizable bankroll (and a risk appetite) to sustain them through losing streaks while they await the next epic win.

Of course, the RTP of 97% is hugely appealing. However, there are Megaways slots aplenty out there (many from BTG) that have lower volatility ratings and just as nifty features as this game. If you want to take a pass on this one, there are other options out there such as the aforementioned Bonanza and Extra Chilli slots.