Bag big wins with expanding bonus symbols in the hugely popular Book of Dead slot by Play’n GO, a clone of the Novomatic classic Book of Ra. 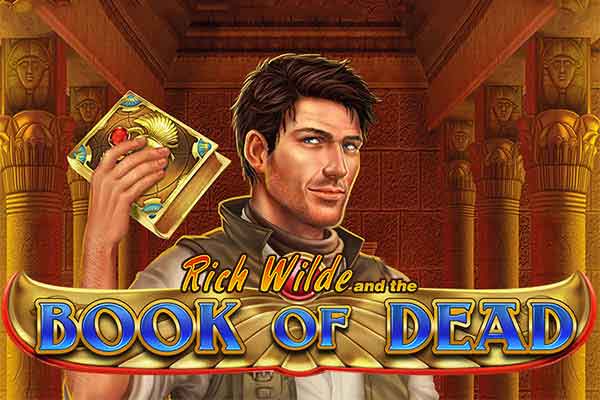 There are few slot machines which have become as globally popular as Rich Wilde and the Book of Dead by Play’n GO. Commonly just known as “Book of Dead”, this game is one of several slots to feature the Indiana Jones-inspired explorer. Rich Wilde and the Tomb of Madness is one, and even his sister, Cat Wilde has had adventures in the slot world.

The engine behind Book of Dead, however, isn’t quite Play’n GO’s idea. In fact, it was “borrowed” from a much earlier release known as Book of Ra by world-renowned Austrian slot manufacturer Novomatic. Nevertheless, it is this game which started the (modern) “Book Slot” craze which we see imitated in many other provider’s games today. Naturally, this means that the game warrants a closer look.

What to Expect of One of the Most Popular “Book Slots”

Book of Dead is called a “Book Slot” because its features are near-enough identical to many other games which have “book” in the title. Most of these games (this one included) are played over five reels and ten lines (sometimes five fixed lines). They also have a free spins bonus which features a randomly selected expanding symbol, literally the star of the show. 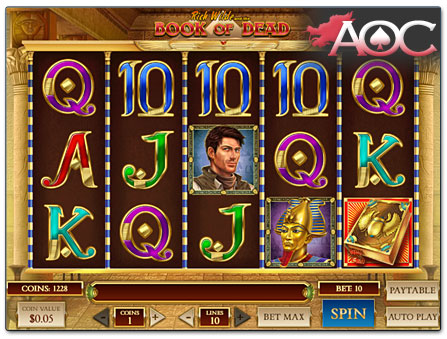 Having a spin on this ancient Egyptian-themed slot will cost anything from $0.10 up to $100 a turn. The game has a fair RTP rate of 96.21%, but it is highly volatile (more details on slot volatility). This means that while you can win promising prizes of up to 5,000 times your bet per line, you should not expect those wins to appear frequently.

Aside from the high playing card symbols (which denote small prizes), the thematic imagery is where you can pocket decent wins, with Rich Wilde himself being the best-paying of the bunch. However, the icing on the cake here comes from the scatter wild.

If it were not for scatter wilds, it is unlikely that Book of Dead would have been as big a hit as it has been. What scatter wilds do is cut down on the amount of junk or blocker symbols that appear on the reels (here it also pays a win, provided it shows up threefold). There is nothing worse than seeing a decent combo blocked by a scatter that you do not need and that does not even trigger a bonus. With scatter wilds, that will not happen. 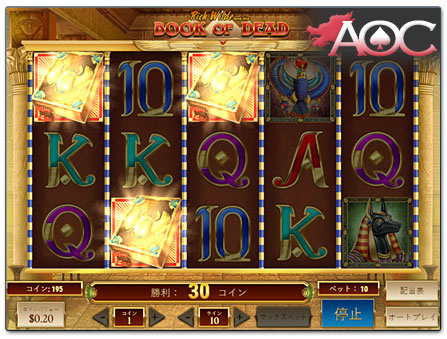 On top of this good news, there is also a free spin round with an expanding bonus symbol which is selected at random before the round starts (free spins can be retriggered, see details in the in-game bonus feature section further below). 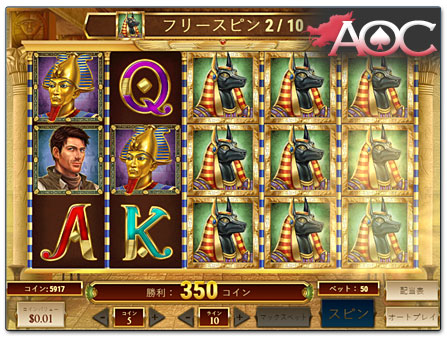 It offers much the same type of gameplay as Book of Dead. However, Legacy of Dead could potentially see you play with multiple expanding symbols if you retrigger the bonus round while it is in play. Up to nine expanding symbols could theoretically be won this way, making it worth a look at the very least.

Rich Wilde and the Book of Dead has gone on to become one of the internet’s most loved slots, so it must be doing something right! Despite featuring just ten lines and being a high variance effort, slot players cannot get enough of it.

Even we have got to admit that the lure of playing with scatter wilds and pocketing wins worth up to 5,000 times your bet during free spins is tough to resist.

While playing Rich Wilde and the Book of Dead, keep your eyes peeled for these goodies:

These symbols pop up as the titular Book of Dead. Just like in the popular 1999 film, The Mummy, it is made of solid gold. Three of these is enough to trigger the only proper bonus round in the game.

Once triggered, you will be rewarded with a total of 10 free spins. Before you start spinning (and hopefully winning), a symbol will be chosen randomly to act as an expanding bonus icon that counts as scattered on line, meaning, it doesn’t have to land on adjacent reels to pay your winnings.

Every time the bonus symbol pops up throughout the free spins, it will expand to cover an entire reel. Get a bonus symbol on all reels, and you will have hit a full screen. If it happens to be a full screen of the highest-paying symbol (the explorer Rich Wilde), it means jackpot! The pharaohs will turn in their grave with joy.

We do not consider gamble modes as special features per se, but many players like them. The one here can be triggered after any winning spin. It gives you a shot to double or quadruple your win in a basic card colour/suit guessing game. Personally, we would give this a miss as your odds of success are 50% or less.

Before playing, check out our brief FAQ on Rich Wilde and the Book of Dead:

How do I deposit at my Book of Dead casino?

After signing into your casino account, make your way over to the cashier section. Select a deposit option from those available and be sure to fill out your banking details correctly. After choosing your deposit total, you should be able to confirm the deposit via a second screen. From there on out, it is game time.

Payment method availability depends on where you reside in Asia or Oceania. While traditional payment options like credit card and online banking transfers are widely accepted in any online casino in Asia, you should alternatively use an e-wallet account as a backup or primary option. Examples of e-wallets are ecoPayz, Skrill, Neteller, Neosurf and many more. Learn more about payment methods in Asia and Oceania.

Cryptocurrencies are also becoming more common in online casinos, with BitStarz being one of the industry leaders. There you can do your banking and play Book of Dead with Bitcoin, Ethereum, Litecoin and other cryptos, in addition to real money currencies.

Can I claim a Book of Dead slot bonus?

More than likely! Book of Dead is one of the most popular games with Asian casinos when it comes to free spin deals. Given the surplus of top sites offering Book of Dead free spin promos, you can afford to be picky finding somewhere to play. Learn more about the individual Book of Dead bonuses.

Who should play Book of Dead?

Rich Wilde and the Book of Dead is a highly volatile game, so players on slim budgets should be careful about wagering extensively on the game. It can take a while before a big win comes along. However, with low-value bets, everybody should be able to get value for money out of this game.

As mentioned, though, this is just one of many near-identical "Book Slots" you can find online, so there are other options aplenty which are worth checking out.