Better graphics, mobile-optimised gameplay, and a top-notch RTP rate of 97.30%. Hack ‘n’ Slash your way to success with the Bork the Berzerker online slot. 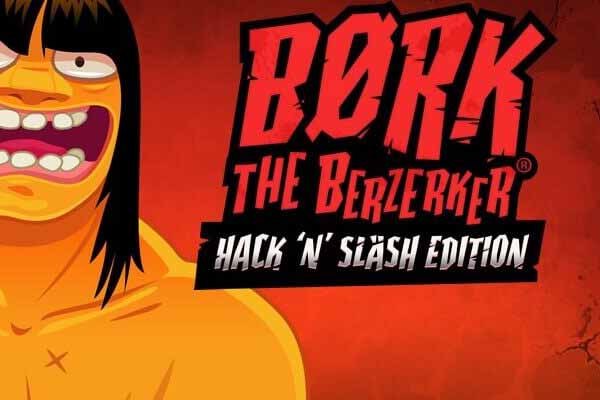 Bork the Berzerker was initially released by Thunderkick back in 2014. However, it has been given a modern makeover to make it mobile-friendly. While the graphics and animations have been cleaned up and crispened, the same great gameplay that everyone enjoyed the first time around is available here, and that includes the overly generous 97.30% RTP rate.

Sometimes referred to as the Hack ‘n’ Slash edition, Thunderkick’s renovated Bork the Berzerker slot flawlessly melds elements of Norse mythology, Viking culture and fantasy themes into one comic-book style, groovy and ultimately unique visual experience. The slot’s features are not too shabby either, as you’ll find out in this review.

What to Expect with Bork the Berzerker

Bork the Berzerker is played over 5 reels and 20 fixes paylines, and like many Thunderkick developed slots, those reels are set inside a basic border. That border is home to finger and thumb-friendly buttons, and an elementary wagering menu, so mobile and desktop players alike can get to grips with the release. 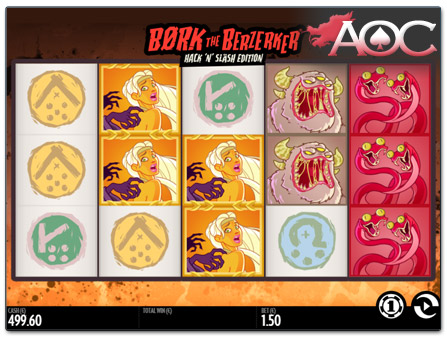 As touched on, the RTP offers value for money, too. Sitting at 97.30%, it is one of the fairest games you can play at online casinos, with a low house edge of just 2.7%. This makes it favourable when compared to many other Viking slots in this popular genre.

What Is the RTP Rate About Anyway?

Some players prefer low variance games and others prefer highly volatile options (slot volatility in detail). Those are preferences – RTP is not.

We all want to play slots with the highest RTP rates around, as this ensures that the casino gives back the maximum amount of each bet for players to win. At 97.30%, the return to player rate in Bork the Berzerker is ace, making it well worth a punt. Then again, another Thunderkick slot worth giving a run for its money is 1429 Uncharted Seas which features a whopping 98.50% return to player.

Expanding Wilds and Free Spins Are the Ticket

While all manner of standard paying icons (coloured monsters, a scared young woman, and runes) can deliver decent-paying prizes, it is Bork and the purple, vampire-looking monster icons that dish out the goodies. These can trigger expanding wild symbols and free spins (as seen below), the primary features in the Bork the Berzerker slot, and where most of the action occurs. See more details in the in-game bonus features section further below. 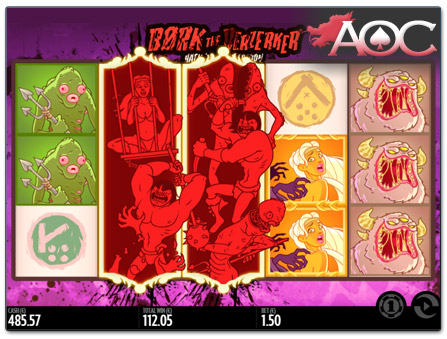 Final Thoughts on Bork the Berzerker

Who doesn’t want to go berserk playing a slot with an RTP of 97.30%? Thunderkick has ensured that you have got a perfectly fair shot of success in this game, and they packed it with two nifty features to improve your odds of success in this medium volatile release. If you want to play a Viking-themed slot but one that does things a little differently, Bork the Berzerker could very well be for you.

In the below online casinos you can play the games by Thunderkick.

Both expanding wilds and free spins play a significant role in landing wins in this slot. Here is what you can expect:

Bork the Berzerker himself is the slots’ wild symbol. Bork can only appear on the third reel in the base game. However, he will always expand where he can, to trigger a win if possible. During the free spin bonus, he gains some additional powers.

You are going to need at least three purple vampire monster scatters to trigger Bork the Berzerker’s free spin round. Here, however, the scatters don’t pay out individual winnings, which is a downer with any slot game that doesn’t. Nevertheless, three, four or five such symbols will bestow 10, 15 or 20 free spins upon players.

You will note that Bork the Berzerker can spring up on all five of the reels during this feature. Moreover, he can expand on every single one of them, too. Naturally, your best shot of landing tasty wins is going to be during this feature. In case you are wondering, you can land additional free spins by bagging at least a further three scatters on the reels while the free spin round is in play.

If you still have questions, we are here to help with our Bork the Berzerker FAQ guide.

How do I deposit at my Thunderkick casino?

Most casinos utilise the same method for players to deposit. Heading over to your casino's cashier page by mobile or desktop/laptop is a start. Once there, select "deposits" and choose from VISA, MasterCard, JCB, Neosurf, ecoPayz, or another payment method offered, which works well for you (depending on where you reside, the choice of deposit options varies).

Enter the necessary amount and confirm the transaction via the second screen after entering your details. Alternatively, if you are playing at a site that offers cryptocurrency deposits (for instance BitStarz), then this is another way to go.

Can I claim a Bork the Berzerker slot bonus?

Thunderkick games are not excluded from free spin and match deposit bonuses at top casinos. However, sometimes games with exceptionally high RTP rates, such as this one, can be.

We would not want to commit either way, as Asian casinos all have varying rules about game eligibility. The best way to find out is to check the terms and conditions (look for game eligibility rules) of any bonus you intend on claiming. Learn more about the individual sign-up bonuses.

Who should play this slot?

Naturally, those players who want to play the fairest slots with the lowest house edges should aim to play games with high RTPs, such as Bork the Berzerker. Apart from that, players who are tired of playing the same humdrum Viking and Norse mythology-themed slots and want something wholly new, unique, and original will be impressed with the cartoony, comic-book style and big wins available from this Thunderkick developed slot.