Gold King is precisely as it sounds. This Play’n GO developed online slot is themed on King Midas and is capable of delivering all manners of golden riches to casino players in Asia. 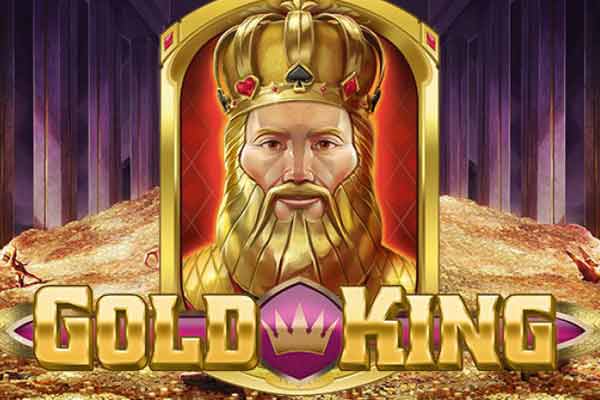 Ever popular in this online casino world, King Midas-themed slots never seem to disappoint. This Play’n GO developed slot is heavily inspired by the mythical king who turned everything he touched to gold. With a little luck, he’ll be able to hand you a raft of golden riches and prizes worth up to 5,000 times your bet in this game. Gold King couldn’t make things easier for players in Asia to sit down and spin, as you will see.

Gold King offers up your usual 5-reel, 20-betting-line gaming platform, and like most slots from Play’n GO, you aren’t going to be able to alter the 20 lines which feature in this mobile-friendly game. You wouldn’t want to though, really since wagers are cheap for a kick-off. Using the slider bar, you can stake anything from a floor of $0.20 per spin up to $100 a game on this slot. 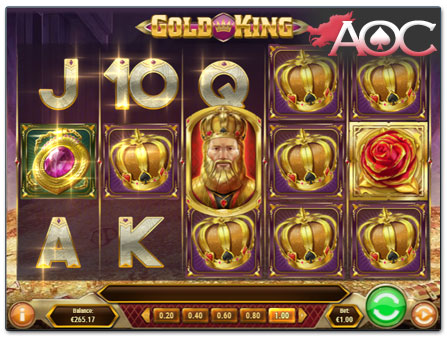 As the paytable suggests, the thematic symbols (golden bars, rings, crowns, and roses) are worth considerably more than the high playing card symbols. Landing 2 of the thematic symbols is enough to see you land a win on the reels, as opposed to the high playing card icons which require at least 3 on a line to deliver a win. Jackpot prizes are paid out when 5 wilds appear on a line in this slot, which has an RTP (return to player) rate set at 96.53%.

Play’n GO is usually reasonably shrewd with their special features, but that certainly isn’t the case here. Gold King contains a red rose (enshrined in gold) as its wild. Like all substitute symbols, it can substitute for any other icons bar scatters.

During the base game, any of the symbols (save for scatters and wilds) could be randomly selected to appear super stacked (Super Stacks) on the reels during a spin. A Golden Spin feature could also see one symbol randomly fill the first, third and fifth reels, too. 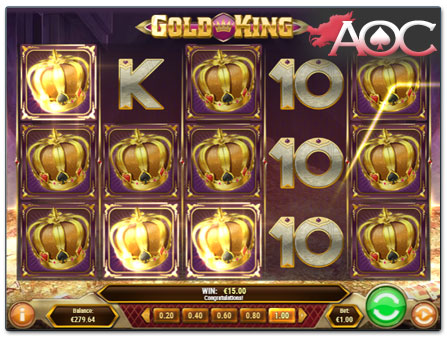 Gold King scatter icons appear as King Midas himself, and these scatters can pop up on the first, third and fifth reels. You’ll want them on all three at once if you wish to trigger the slot’s free spin bonus. In that feature, you can treat yourself to 10 spins, but more can be won if you land further scatters on the reels. The feature can be retriggered indefinitely.

It is also worth pointing out that high paying card icons and wilds can appear stacked on the reels during this feature, while the valuable thematic icons can expand on the reels if there is a sniff of a win to be had.

The only thing that Gold King doesn’t do (which other Midas-themed slots do) is turn symbols into golden icons. This is kind of the point of slots based on King Midas. Even so, there are ample ways to win that such a feature would be redundant anyway, even if it were included in this game.

In any case, one thing you should keep in mind is the fact that this Golden King online slot is volatile. This means that despite all the special ingame features, you can go through a fair amount of spins before winning access to the potentially lucrative free spins round. In that sense, this game is more for the risk-taking players among you.

Of course, Play’n GO’s Gold King can also be played in free demo mode. However, if you want to have a shot at real winnings, you will need to credit your player account at your favourite Asian online casino. The slot machine is equipped to handle the US dollar currency which players in Asia typically use to play on the net. Of course, the actual deposits and withdrawals are still handled in your local currency.

Commonly used payment methods in online casinos in Asia include e-Wallets such as ecoPayz and iWallet as well as conventional methods such as credit cards.

Choice of Asian- and Japanese-themed Slots

Play’n GO certainly sets the bar high when it comes to slot games with an Asian or Japanese theme. Admittedly, many of the Japanese-themed slots fall into the Anime-category, for instance, Moon Princess (quite frankly, a Sailor Moon adaption – see image below). 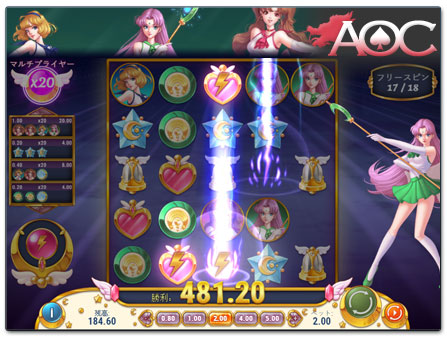 The Play’n GO slot Matsuri, on the other hand, lets the player dive into a local Japanese festival (hence the Japanese word Matsuri), even including the traditional goldfish fishing (Kingyo Sukui) as a bonus feature. Chinese-style slot machines are represented by Play’n GO titles such as Imperial Opera, Fu Er Dai, and Big Win Cat.