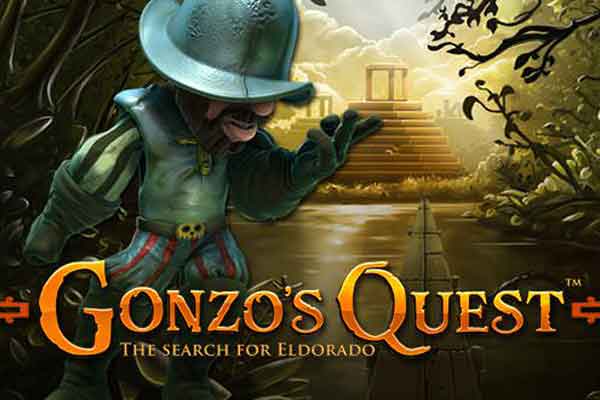 NetEnt slots are common at Asian online casino sites, so the odds are good that you’ve already seen Gonzo’s Quest before, even if you haven’t given it a run for its money. Known across the internet for its block-style gameplay and its tumbling/cascading reels, Gonzo’s Quest is one of the quintessential slot gaming experiences you have when playing online. If you like increasing multipliers, free spins with even higher multipliers (up to 15x!), and low-variance slot action, then this online slot will be right up your alley.

Gonzo’s Quest offers a lot more than a simple Conquistador theme. Initially, its 5-reel, 20-line gaming structure may sound overly simplistic, perhaps too much so for some players who like a challenge. However, there is more to it than you might think. This game uses a tumbling/cascading reels feature (in terms of Gonzo’s Quest this feature is known as Avalanche). 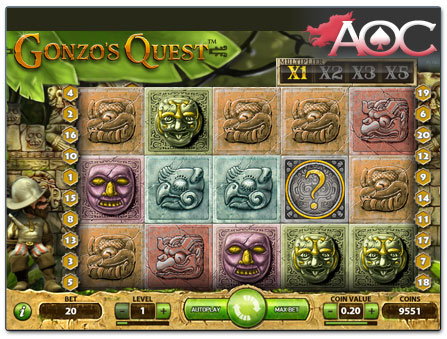 Up To 5x Multiplier in the Base Game

The way the avalanche feature works is simple. Instead of the reels spinning, symbols in the shape of blocks fall onto them. If any feature in a win, they will be removed from the reels, and new ones drop down to take their place. For every successive win that a player manages to chain together, a multiplier will increase. It can go as high as 5x the standard rate of pay. Known as the cascading reels/symbols feature, this will continue until no new winning combos can be formed with the blocks on the reels, at which point the multiplier resets to 1x.

The cascading reels system means that players could end up winning multiple times on a single spin of Gonzo’s Quest. Given that the slot only costs 0.20 a turn at its cheapest and no more than 50.00 a spin at its costliest, there is plenty of value for money action to be had.

Gonzo’s Quest is a medium-low volatility game and one which pays out frequently, albeit with smaller wins on the cards. It has an agreeable return to player rate (RTP) of 96.00%.

A few special blocks can appear on the reels of Gonzo’s Quest, and they are very much worth landing if you can. The first symbol is the silver one with a question mark on it. This block is the slot’s wild symbol. As you can probably guess, this icon can substitute for any others in the game, save for the second bonus block.

Wild symbols cannot pay out winnings on their own. Instead, the honour of being the best-paying icon goes to the dark blue block. It can deliver 2,500 coins per line if five feature in a winning combo. Some players have a spot of difficulty with the colouration of these blocks, particularly the blue and yellow/brown ones as they look alike. Each has its own mask, though, and the paytable will help you differentiate between them. In all honesty, you needn’t worry as any symbols which feature in winning combos will automatically highlight themselves and pay out straight away.

The second special block is the bonus symbol (though responsible for triggering the free spins it cannot be called a classic scatter). It is gold in colour and is known as the Free Falls block. Landing three of these (on a payline) is enough to trigger the Free Falls bonus.

10 Free Spins with Up To 15x Multiplier

The Gonzo’s Quest free spin round works similarly to a typical free spin bonus. However, the cascading reels system is in play here, too, and the multipliers are worth considerably more when you bag wins in succession. Anything you win in this round will automatically be tripled but chaining together successive cascading wins can see multipliers rise as high as 15x the rate of pay. You can also retrigger this round with more Free Falls symbols.

Gonzo’s Quest was Net Entertainment’s first real experiment with cascading reels in their games. It was no doubt inspired by IGT’s Da Vinci Diamonds, which was the number one tumbling reels slot prior to this game’s release. The feature has proven popular in numerous other games from NetEnt (for example the Elements slot) and rival providers since. If you haven’t tried such a game before, this is the ideal place to start.

How About Gonzo’s Quest Megaways?

Although Gonzo’s Quest is a NetEnt slot through and through, the development of the Megaways edition has been handed over to Red Tiger, which in turn churn out many Megaways slots under the licence of Big Time Gaming, who developed the concept in the first place.

Complicated? Well, in the end, it doesn’t really matter. What matters, however, is that Gonzo’s Quest Megaways, which boasts up to 117,649 ways to win, can be played in any online casino that has NetEnt games. To be honest, we prefer the original, but players looking for a challenge in terms of high volatility (as is the case with most Megaways slots) have landed in the right place. More details on Megaways slots. 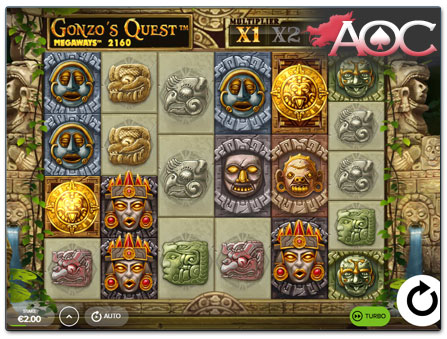 Topping Up Your Tank Before You Play Gonzo’s Quest

Players will often find Gonzo’s Quest appearing in bonus offers at Asian casino sites. However, you can work your way through free spins rather rapidly on this game, so topping up your balance before playing is advised – see further details on popular payment methods in online casinos in Asia.

Venus Point and ecoPayz, for example, are ideal methods for players in Japan. In addition, conventional card payments as well as Neosurf and even cryptocurrencies can be used too. All of these methods allow you to top up your account in no time and are usually free of charge. They also allow deposits in US dollars, which is a common currency in Asian online casinos (in addition to other local currencies).

Free Spin Bonuses to Help You with Free Falls

As we’ve just touched upon, Gonzo’s Quest regularly appears in promotions at Asian casinos. Many NetEnt software powered gaming sites will offer free spin no deposit bonuses, with those spins valid on this slot (amongst others).

Moreover, you can always use match deposit bonuses to play the game, too. A simple 100% or greater match deposit bonus can at least double your first deposit. This should equip you with more than enough credit to tackle such a cheap and low-risk slot like Gonzo’s Quest.

In the below online casinos you can play the games by NetEnt.